Chris shares his learnings on play and a vision to catalyse a more playful future.

Chris Novak’s career has been very much built on play, but that has a deeper role in human connection than we realise. His talk spanned play, technology and creating memorable moments, but also using human nature to motivate and inspire a more positive future. Chris challenges how we’re currently using tech, and how we can refocus it in the future.

Play is universal. It’s how we learn, whether that’s about object permanence and physics as a child, how to act socially and as part of a team, or how to deal with challenge and success. Play brings us emotion, mastery, and storytelling. Gaming is structured play. Rules and rewards. Games fulfil basic human needs.

Play connected us locally something social psychologists describe as the “proximity principle” - playing with the people around you leads to long-lasting interpersonal relationships. Physical connection expands to emotional connection. Play builds sense of community, but is just one form of connection.

Technology today has built an easily referenced, shared memory of human history. History has gone from remote and inaccessible to living data that will endure through generations. Future generations will be able to view your entire timeline and location, by day, for your entire life. How we organise and curate this information changes the collective memory we’re building.

An interesting facet in human memory construction is that you remember the events which were outliers—outside of the normal expected patterns. To create something memorable focus on the “episodic memory” where the feelings associated with a memory reside, as opposed to “semantic” memory which is more factual. It’s those feelings stimulated in episodic memories that make for passionate storytelling.

Technology is currently building experiences allowing us to consume one another’s stories, creating a popular consumption paradigm: the Endless Scroll. It’s a compilation of curated short form moments that create a long form of content – A billion little channels to tune into. Everything on that endless scroll can be mashed up, remixed or tweaked. From a creative standpoint, it’s an explosion of content to work with.

But the user experience often stops at “a few seconds ago.” We’re refining our ability to connect to one another based on relating through past moments. This is both wonderful and difficult. Wonderful that we have this shared memory, difficult in that it means we also know what we’re missing out on. What we could have done or could be doing right now – if only we knew. We’ve become addicted to checking. Chris wants to change that.

The Power of Anticipation.

Technology has built patterns to remember the past, but there’s a critical component for technology to capture: the power of anticipation. Humans value the future more than they value the present or past. Thinking about future events tend to produce stronger emotions. Anticipation is its own reward, literally triggering dopamine release. As anticipated enjoyment goes up the amount of work people are willing to put to accomplish a goal goes up. Anticipation drives positive engagement.

Chris proposes a rework on the Endless Scroll, and looking for an interface that enables us to harness and amplify future focused goals, be that going for a bike ride with a friend, or out to a gig. Where “I’d like to do that with you” replaces liking what already happened. A rich discussion based in anticipation of the upcoming event adds energy and creates gravity for others to join. This is how he wants tech to evolve, enabling and catalysing rather than predicting or scheduling. It not only replaces the feeling of missing out, but builds on the power of positive anticipation to shift mental health levels.

Watch the full talk from Chris Novak above

You can also watch previous talks on Spark Lab. Watch the series 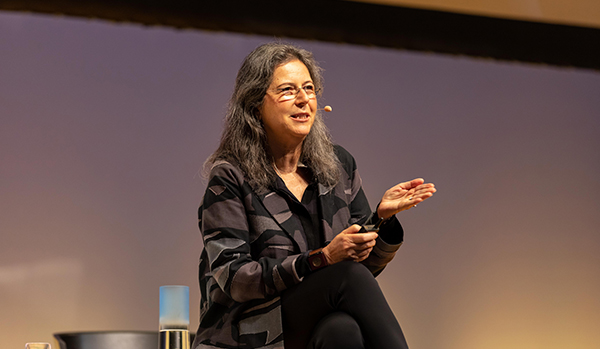 As Vice President, Design for Hardware Products at Google, Ivy's ethos is all about humanistic design - design that feels part of a lifestyle, woven into nature. 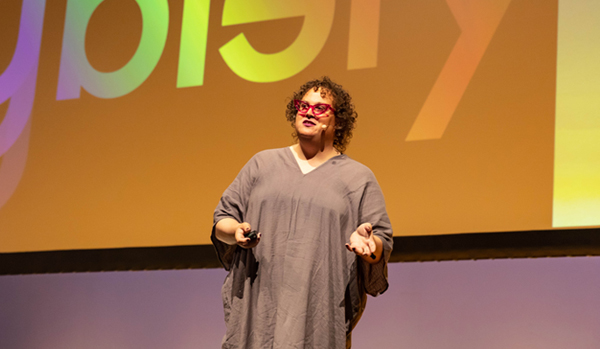 Ana Arriola was one of five speakers at Spark Lab's Future of the Future event in August. She spoke on ubiety, optimism, artificial intelligence, the Alpha generation and ethical challenges for social media and information outlets. 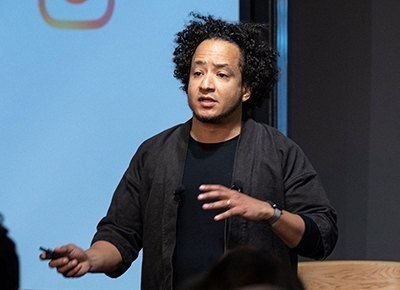 On 22 May 2019, Spark Lab hosted its first high-impact business briefing with Ian Spalter, Director of Design at Instagram.

As Vice President, Design for Hardware Products at Google, Ivy's ethos is all about humanistic design - design that feels part of a lifestyle, woven into nature.

Ana Arriola was one of five speakers at Spark Lab's Future of the Future event in August. She spoke on ubiety, optimism, artificial intelligence, the Alpha generation and ethical challenges for social media and information outlets.

On 22 May 2019, Spark Lab hosted its first high-impact business briefing with Ian Spalter, Director of Design at Instagram.