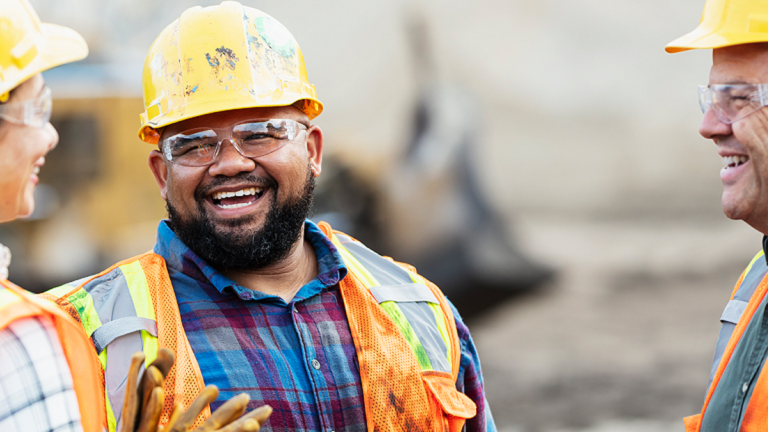 The launch of Prestige Loos was the classic disruptor in a sector that not many people were lining up to get into, let alone disrupt. Until then people avoided portable loos unless it was an absolute emergency. Prestige Loos changed this, offering an experience as clean as home, if not cleaner, and became the go-to for portable bathrooms for events, film productions, weddings and more.

Prestige carved out a solid niche, growing to 12 restroom trailers, nearly 200 portable toilets and a pump truck, all ticking along nicely. In 2015, the founder Jason Brock moved on, and the Covic family took over the business, with cousins Stefan and Anthony taking the reins and bringing fresh energy.

One of the first things they looked at was expanding Prestige’s business beyond the film and events sector – the nature of that business made it particularly fickle - a decision that proved to be fortuitous when COVID-19 arrived. Pretty quickly the new owners identified a gap in the construction sector.

To fill this gap, the guys launched SHVTBOX – aiming squarely at tradies. These high-vis on-site loos have become a feature on plenty of construction sites. Making them bold and stand out was part of the plan – they’re now where Safety Boards are put, fire extinguishers are kept and all sorts of important (and sometimes not so important) information is posted.

SHVTBOX was just the first demonstration of the innovation the Covics were bringing to Prestige. With backgrounds in logistics at Coca-Cola and Mainfreight, Anthony and Stefan next looked at how to build in efficiencies, and adding tech was a no-brainer. Now, their toilets all include RFID technology, meaning that they can plan the most efficient routes for drivers on service runs. It lessens the drivers’ workload, who no longer have to plan the journey, as well as reducing emissions and fuel usage.

For customers, there’s the added benefit of accountability and transparency, as they can readily see where and when their loo was last cleaned. Drivers can log their visit, and upload photos. They can also point out any problems on site, or obstacles. It’s all logged and monitored from a central platform. This platform gives Prestige full visibility of their assets including when each was last checked, as well as the account status of every customer hiring those assets.

Spark and the team at the Auckland West Spark Business Hub have been part of the journey, as Prestige has grown from eight drivers to 40 trucks on the road. With depots across the Auckland region and into the Waikato, they’ve found the coverage provided by the cloud solution to be totally reliable , even in the most remote parts of the area. And with all their systems heavily cloud-dependent they’ve been grateful for being able to shift large amounts of the data wherever the job takes them. Their Spark Business Manager, Rachel Singh has been alongside them making sure Spark is delivering the coverage they need, but also introducing Prestige to new ideas from the Spark Innovation Studio.

It was via the Innovation Studio that Prestige discovered another technology that they’re introducing: IoT-monitored sonar sensors that check on tank levels in their larger tank locations. These mean they’ve got live updates from sites and can arrange emptying as and when needed, rather than sending trucks out to make manual checks.

Anthony’s experience in Christchurch during the earthquakes has also motivated the team in their next challenge – creating an emergency event product to supply Civil Defence and local government during crises with a hygenic system that isn’t heavily dependent on using fresh water. Reducing water use is a big part of Prestige’s sustainability drive, as well as using fewer of the toxic chemicals that were the industry norm.

With the team achieving so many of their initial goals already, it’s not hard to imagine this next project being a success too.