Few industries are as dependent on the crowd as the music industry. With tours cancelled locally and internationally due to COVID-19, artists took a massive hit, as did the support networks that make it all happen.

But the industry also enjoys a sense of solidarity. They are now looking for ways to help themselves and each other, so they can get through this time and prepare for the future.

In this episode of the Pivot Reports, Russell Brown speaks with the following people:

Traditionally, a concert tour is a big part promoting a new track or album. So artists have moved to more online channels, and explored new techniques for promoting their work.

During the lockdown, Spark Arena crews who usually set up gigs were diverted to setting up and distributing food parcels to those in need. It created work for a disrupted industry.

With the limitations on travel and touring internationally, we can look forward to plenty of local artists performing in different ways, and across different smaller venues in the coming summer season.

An album is the sum of an immense effort. That's true for Liz Stokes and Jonathan Pearce of The Beths, the themes of their latest album "Jump Rope Gazers". Despite losing a year of touring for this album, they decided to release the album in July. After all, completing and releasing a big project is very much about gaining momentum as a band. That's not going to stop, so they didn't want to wait to release the album.

Likewise, The Beths couldn’t make their music video as planned. But with through online collaboration with their director and a resourceful team, they put together a video that kept with their aesthetic and vision.

Music venues create a community, and that has been reflected in the support people are showing through Save Our Venues, a campaign to raise money for venues hit hard by coronavirus.

Learn more about Save Our Venues

The takeaways are to learn from the situation, look at new ways to diversify your income streams, and build on the core business in niche ways. Consider whether there are ways to own the verticals that you would traditionally outsource.

The music industry has always brought people together and created a feeling of connection. In our next episode, we'll take a deep dive into HR, ways of working, as well as consumer and staff psychology.

Join us Thursday at 10am for the next episode on Facebook Live. RSVP now 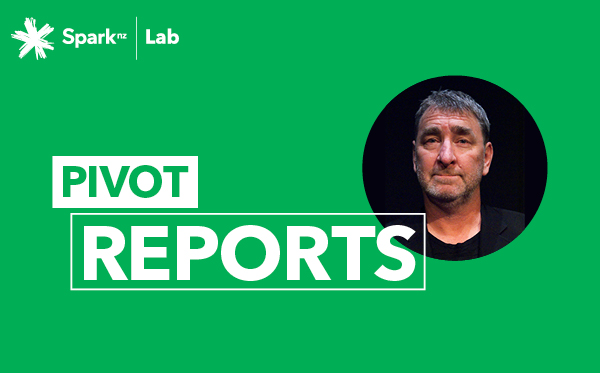 New Zealand business owners share their experiences and insights around new ways of working before and during Alert Level 4.

New Zealand business owners share their experiences and insights around new ways of working before and during Alert Level 4.